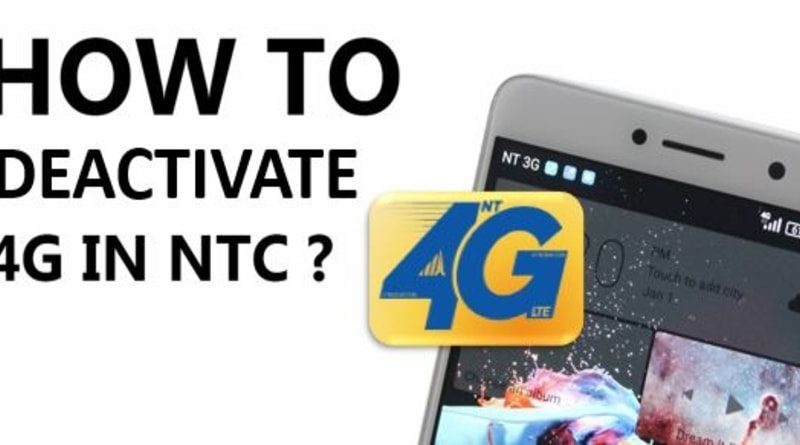 Are you using Nepal Telecom latest 4G LTE network and wants to deactivate it and use previous 3G/2G? If yes, then this post is especially made for you.

While using 4G LTE network, data consumption is very high since the network speed is also very high. On average, Nepal Telecom 4G LTE network have download speed of greater than 4 Mbps while upload speed is on average of 1 Mbps. However, the drive test data published by NTA is quite high. But also the 4G network speed is high. On using this high speed network also increases the data consumption rate.

In order to use less data, switching from 4G LTE to 3G/2G can be the better option. So, to deactivate or unsubscribe 4G LTE service from Nepal Telecom operator end, users need to do this following things:

After this, the 4G LTE subscription will be remove and 3G will be activate. But if the SIM is 4G compatible, same SIM can be used to activate 4G service time and again as needed.

There is another method also. This method will be used in mobile data settings instead of telecom end network. For this:

After this, the mobile will automatically switch to 2G or 3G as wanted. By this technique also, we can eliminate 4G data uses through our mobile phones.

Currently, Nepal Telecom is distributing U-SIM (Universal-SIM). U-SIM is capable in 2G,3G and 4G. Previously distributed SIM is only capable of handling 2G and 3G only. ALso Nepal Telecom is expanding its 4G LTE network in whole nepal.