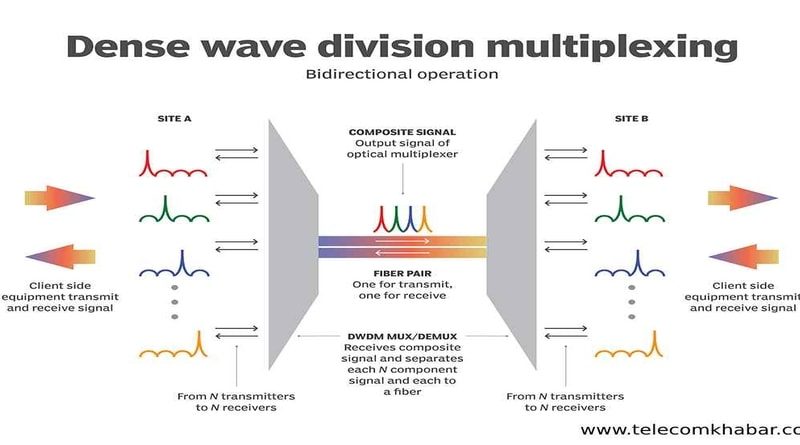 DWDM is a type of Wavelength Division Multiplexing (WDM) but a more compact version in-order to transmit and receive high data in the same WDM technology.

In DWDM technology, different sources of data are multiplexed so that all the data can use the same optical fiber for the data transmission. In this technology, more than 80 different wavelength of light can be passed through a single pair of fiber. As each light wavelength refers to different data.

In this technology, generally all the light wave are multiplexed within 1550 nm wavelength. This is because, in this wavelength the light are tolerable to losses and distortion. But generally, light wave is sent for wavelengths between approximately 1525–1565 nm (C band), or 1570–1610 nm (L band).

2. What are the components of DWDM?

In order to transmit and receive data from optical fiber, every data signals we have in electrical format needs to be converted into light ray. Then the light beam with specific wavelength will be transmitted via the optical fiber. So in order to achieve this, there are various components involved and work as a one. There are:

DWDM terminal multiplexer is a transponder device that converts the incoming signals into the optical signals of the desired wavelength. The incoming signals may be optical or electrical. If it is optical, the transponder converts into electrical signal at first, then convert into the required optical signal. The terminal multiplexer can be of many numbers depending upon the number of channels to be transmitted. The channels here represent a single wavelength (light ray) to be transmitted. There are many such channels that can be transmitted via single optical pair cable.

Now, after converting to different wavelength of optical light by the individual terminal multiplexer. All these light are now again combined together into a multi-wavelength optical signal using an optical multiplexer, for transmission over a single fiber. Then only a dense wavelength division multiplexing is achieved.

This is like the terminal multiplexer but at the receiver end. This now separate the multiplexed signals into individual signals. After, the individual light signals are converted into electrical signals as required.

3. Advantages and application of DWDM network:

There are numerous advantages and application of DWDM network in telecommunication:

B. No new Fiber: DWDM removes the necessity of installation of new fiber as it have expanded the capacity of the same fiber.

C. Low Cost: Due to low cost, it have save money in optical fiber along with devices. 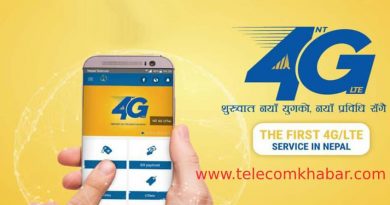 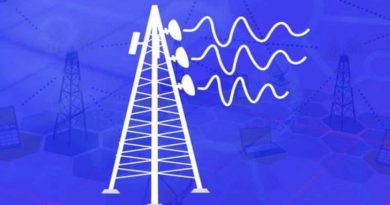